When creating UI with custom borders and corners, you'll often need to render elements at different aspect ratios and visually surround localized text or other contents of unknown dimensions. This lets you create UI elements of varying size without distorting the borders or corners.

Under the 9-slice approach, one image (a single Roblox image asset) is internally divided into nine sub-images, each with different scaling rules. 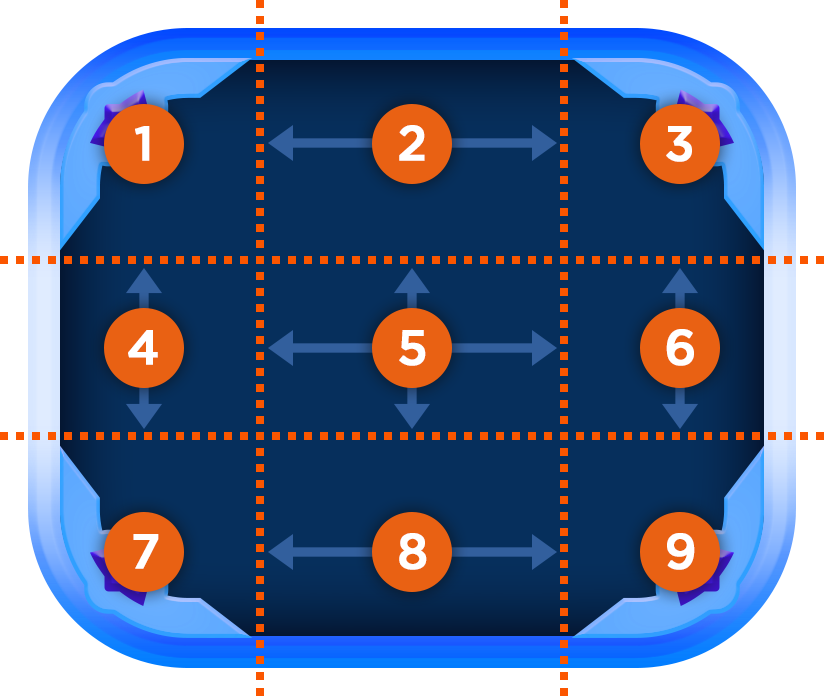 Slice configuration is possible by directly setting the ScaleType and slice properties on an image label or button, but Studio's built-in 9-Slice Editor is more intuitive.

To open the visual 9-Slice Editor in Studio: 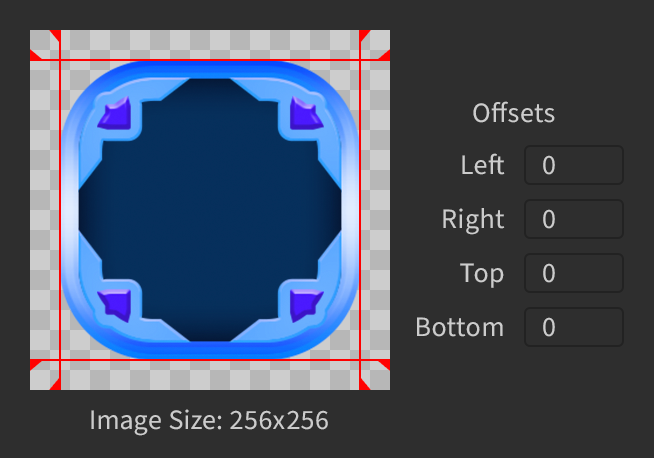 In Studio, drag the red lines to set the offsets from the left, right, top, and bottom edges of the image.

If you need better precision, enter offset values in the fields on the right side of the editor window. 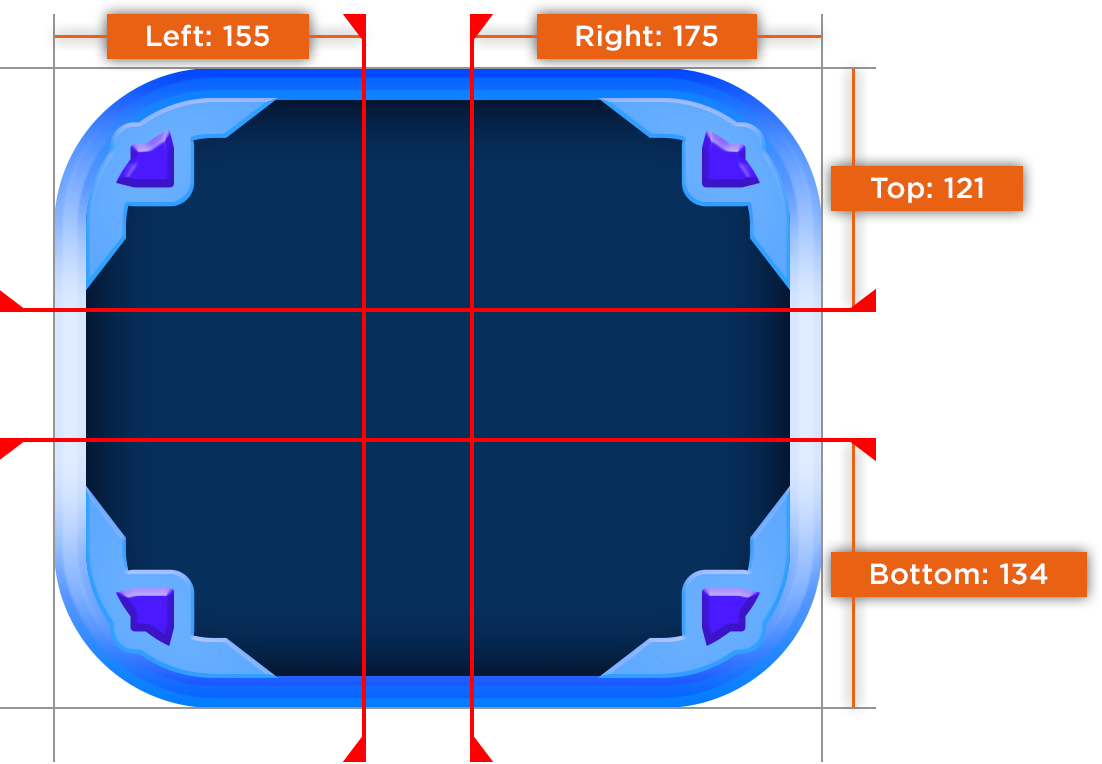 As you reposition the dragger lines, the UI element automatically updates to show the result.

The offset values are different from the UI object's SliceCenter property values and represent the number of pixels between an edge of the source image and the dragger associated with that side.